Driving a Diesel? What Happens When Your Filter Becomes Clogged?

If you're a first-time diesel owner -- or have simply never logged enough miles on a single diesel vehicle to contemplate cleaning or replacing your diesel particulate filter (DPF) -- you may be dismayed at the sight of a warning light on your vehicle's dashboard indicating your DPF has begun to malfunction. While continuing to drive your vehicle even short distances without ensuring that your DPF is serviced can cause irreparable damage to your engine, you may not feel you have the cost of repair (or replacement) in your current budget. Read on to learn more about the purpose of your vehicle's DPF and what you can do once it becomes clogged.

Why is the DPF Important?

Because of the different way they consume fuel, diesel engines tend to emit a much more toxic cloud of exhaust than fuel-injected engines. The DPF is the most integral part of a diesel engine's emissions system and helps filter out any soot or other harmful particulates from your engine that can increase smog levels and aggravate breathing problems. As your vehicle runs, it generates heat that is used to naturally burn off the soot collected by a filter into a harmless ash, much like a self-cleaning oven will burn off any greasy residue by heating itself to ultra-high temperatures for an extended period of time. However, a daily routine that includes multiple short trips may not give the DPF its necessary amount of regeneration time and could lead to early filter clogging.

Although your engine will still run if the DPF is removed, and some companies have made thousands with the sale of products designed to bypass the DPF, removing or modifying the DPF in order to avoid error codes can leave you facing fines and civil penalties of up to $3,750 per uncovered violation. As this potential fine far exceeds the average cost of a DPF cleaning or even an entirely new DPF, removing your DPF can often be both a penny and pound foolish decision.

What are Your Options If Your DPF Has Become Clogged?

Once your vehicle has illuminated a DPF warning light, your (legal) options are often limited to professional cleaning or replacement. While it may be possible to recharge your DPF through its natural regeneration process if it's just slightly clogged, when a DPF is clogged enough to trigger a warning light, it's unlikely you'll be able to remove the necessary amount of soot without some outside intervention. Many auto supply stores sell do-it-yourself DPF cleaning kits, but these kits are usually just composed of solvents or other chemicals that aren't designed to perform the same role as a thermal DPF cleaner.

Many dealerships or shops that deal primarily with diesel vehicles have their own DPF regeneration machines on site. These cleaners operate by heating the DPF to ultra-high temperatures -- much higher than those that could safely be generated by your engine. This process is usually sufficient to remove even the stickiest and most stubborn particulates, leaving your filter in essentially the same shape it was when first installed on the production line. Having your DPF professionally cleaned should allow it to continue to service your vehicle for years without much other maintenance.

Alternatively, you can have your DPF removed and replaced with a brand new version. This is often the best option if your existing DPF has other issues that can't be resolved through the cleaning process -- for example, dents and dings from a botched removal attempt or minor accident. However, because replacement is usually more expensive than repair, most auto owners will first opt for a cleaning.

For more information on your DPF and what kind of maintenance it might need, consider contacting a local professional, such as Williams Oil Filter Service Co. 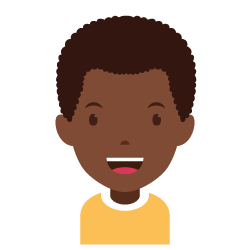 About six months ago, I realized the car that I had been driving for years was about to die. One system after another was failing, and I knew I needed to start shopping around for a different vehicle. After finding the car of my dreams, I decided I needed to take better care of my new car. I started cleaning out the cabin regularly and paying attention to the cleanliness of the exterior, and the difference was amazing. My car looked and smelled better, and I could tell that I was helping to maintain the value. This blog is all about taking care of your new car.